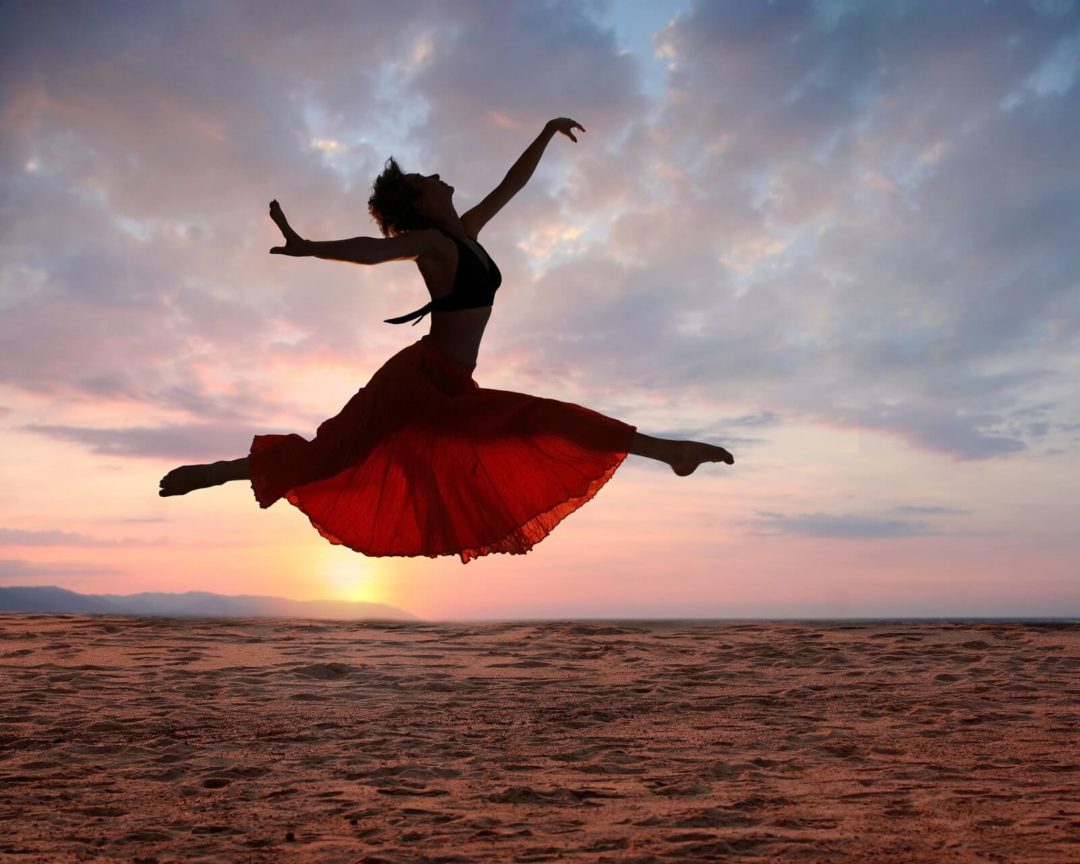 One thing that hit home hard when I started pursuing my dreams was the number of sacrifices I needed to make. For so many years, I had tried so hard to hold everything together to direct my future, but now I realized I had let go to allow life to flow to me. Giving up control and getting into the flow to take the path of least resistance isn’t always as easy as it sounds.

I knew I had to be tough on myself … I still don’t know how I actually got through all of this. Not to mention, I also squeezed in a major knee surgery right in the middle of it all. I needed to be able to walk around Nice, without a stuffed knee (that is the technical term).

So first there are the obvious things like downsizing to move countries. Not just material things, but some people as well. This was not a path of least resistance for me, but it was a necessary task. I had always had significant resistance to clearing out, despite the number of times I’ve been told:

I didn’t feel those things at the time. It was really hard for me – removing my emotional attachment to items I had kept for most of my life. I am not a hoarder, but I am a collector and a bit of a romantic, so I do like to keep things, just in case I need them later. So, this was moving countries, I had to be harsh and tough with myself.

At first, I thought I would have to get rid of almost everything I owned and that panicked me.

I had a whole 50 years of collecting stuff I loved for myself and my house (I do love a good home store with a sale on). Being a passionate entertainer, the home things were important to me and I didn’t want to let them go and start again with nothing. Then I spoke to a friend, my past lecturer, who had previously moved to France and he said to bring my furniture with me as it was expensive there and not really like our Australian style at all. So I decided anything I loved, I would ship to France. If I didn’t love it, it would go. Easy, huh?? 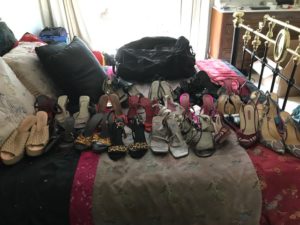 The process was made all the more complicated by my plan to go to Nice for 3 months (the longest I could stay on a tourist visa) to attend language school and then a month in London visiting friends before returning to Melbourne in June to, hopefully, pick up my visa and the last of my stuff before going back and live in France. So everything I was keeping had to go into storage.

This meant packing up what I would keep or need after the sale of my house, selling what I could, giving to friends and charities what still had value and throwing away what didn’t, or what wouldn’t sell. We are talking about my belongings that originally came from a big 4 bedroom house I used to live in on my own – read heaps of space to collect stuff – and had squashed into the 3 bedroom townhouse when I moved there 7 years before. It was a lot to sort out and so many decisions to make.

So, I made myself a check-off system as I questioned each item one by one…

Did I love it and want to keep it?

a) for summer in Australia until I left for Nice,

b) winter to spring in Europe (February to June),

d) to be packed for storage and eventual shipping to France (once it was stored, I couldn’t access it until it got to France – pressure huh)

a) give it to a family member or a friend who could use it,

b) sell it (Facebook Marketplace was a star for this),

c) give it to charity or

d) throw it in the bin – I hated doing this if it still had some use – refer to previously mentioned reluctance to let go.

It was a tough task that could only be done one item at a time. I couldn’t be rushed or forced into clearing out quickly. I needed to plod along and do it in my own time … well as long as I finished within 60 days when I had to move out. Like they say … ‘How do you eat an elephant? One bite at a time.” Any mega job needs to be done one small step at a time.

So you can probably imagine this process took me quite a while, especially with my clothes, personal effects, and kitchen stuff. I ended up giving over 10 big garbage bags of clothes, shoes, and accessories to charity. And I still have a lot left, don’t worry about that.

Add to that, I was doing it all either with a stuffed knee before the operation, or straight after a total knee replacement … and I had 2 levels in my house to go up and down stairs many times a day. Not good for a knee that was trying to heal.

Collectibles and Memories of my Youth

I had a big basket that I had kept my lifelong collectibles in – things that meant something to me from childhood into adulthood. That was a trip down memory lane that took some time. Wow, the things I had kept and not seen for years. 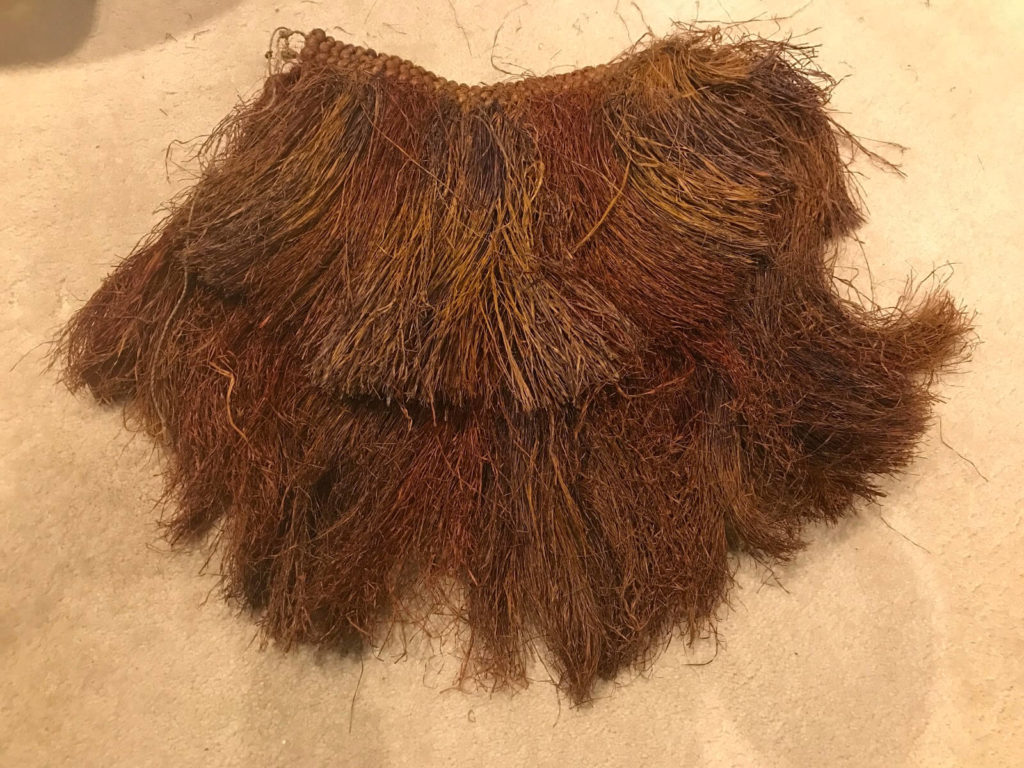 As it got closer to the date I was moving out of the house on November 23, it got harder and harder. I was down to the last fiddly things – like under the kitchen sink and in the laundry cupboard. My god, the things that get hidden in those places. I was also physically and mentally exhausted. The operation had taken a lot more out of me than I had anticipated. I was still in a lot of pain with all the extra movement I shouldn’t have been doing. But I’m a trooper and I kept going. Didn’t have a choice actually. My partner was fabulous help on the weekends and I couldn’t have done it without him. We all need people to support us, especially through such experiences and challenges. 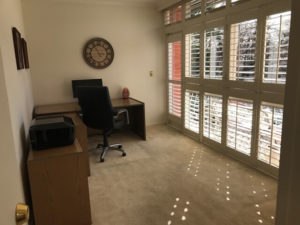 I remember when I sold my big desk and office furniture. It had played a significant role in my business for nearly 20 years.

It was my place of work with a somewhere to store and file everything. I was letting go of my working space. I was not going to have a place to work or file my papers for a long time – not until I settle into my own place in France, which would be at least 6 months away and possibly more like 12. I had created my business haven and I felt displaced giving it all up. I had a lot of resistance to doing that because I was giving up my own personal space to be in other people’s spaces for the next 12 months.

The other thing that was extremely hard to let go of was my cat, Maya.

She was my baby, my substitute child as I don’t have children of my own. I loved her so very much and she was always beside me when I was at home. I still love her. It broke my heart to find a new home for her and many tears were cried. 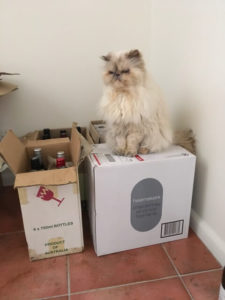 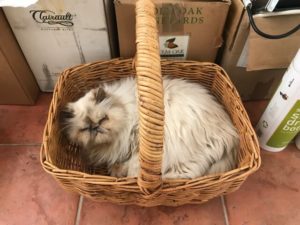 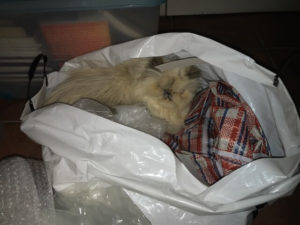 I had had her for 15 years and she was so very affectionate. We were very close. I did find her a new home, with a friend who loves her nearly as much as I do, and I was able to “cat sit” her a couple of times before I left for France, which was good. She did miss me so much too. I could tell. She was all over me when I was in her new home and meowing at me.

As I write this, I am still in Melbourne living with Ludovic. 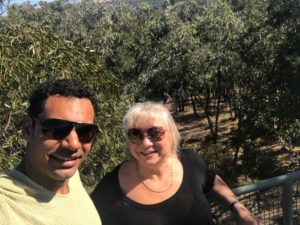 Saying goodbye to my friends is starting this weekend with the first events of the Fabulous February Farewell Festival of Janeen. There will be lots of eating and drinking and goodbyes. Maybe a few tears as I experience the letting go of the relationships as I know them. Sure, we have lots of social media methods for keeping in touch … but it will still be from the other side of the world and nearly 12 hours time difference. So we will see how I go with all that. I will cope for sure, but I will be sad too … as well as excited. 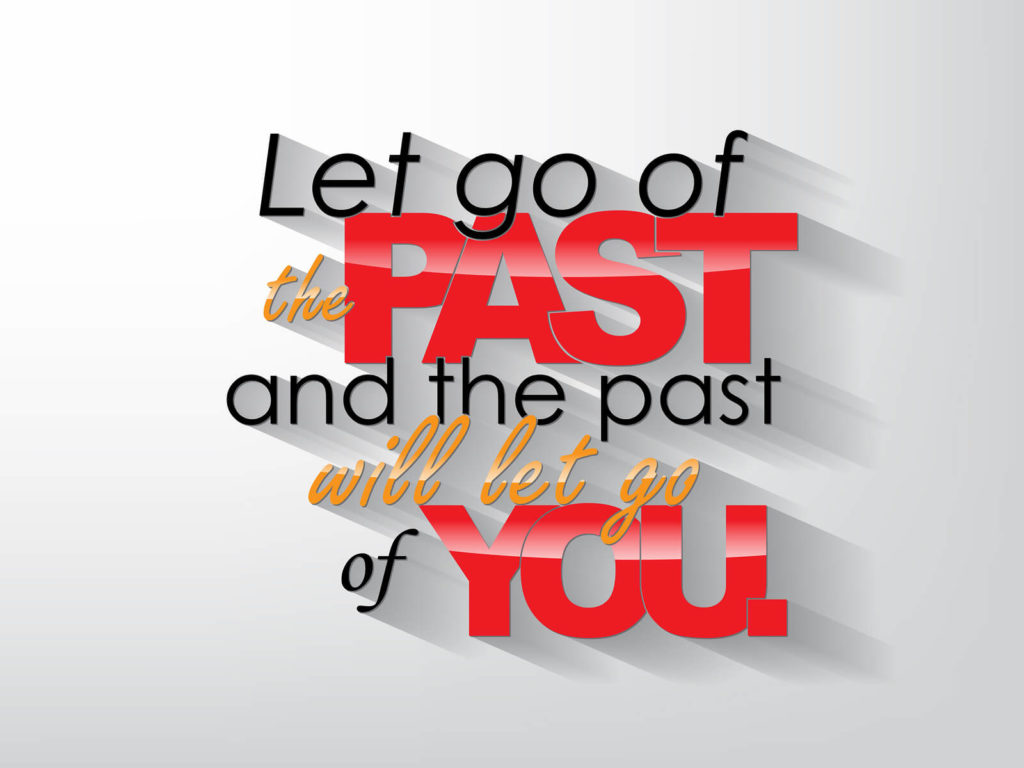 Letting go is hard for me as I am sure it is for others too.

I am a sensitive empath and when I love, I love forever. That said, when we are making big life changes to create something totally new, we do have to let go of the old to allow in the new. Change is the way to grow. I just keep telling myself to focus on the goal at the end, because I know in my gut that following my heart is the best thing I can do for myself.

Take the first step to connect to your vision?

Check out this Get Real Mindfulness Ritual... 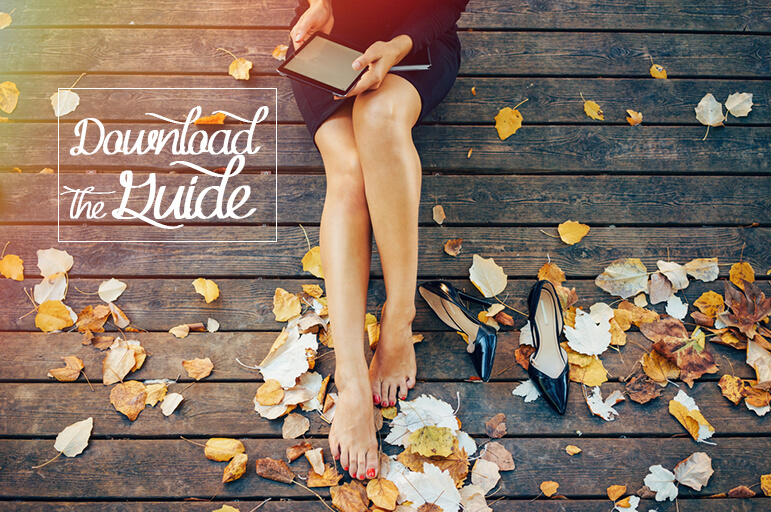