Going Back to School to Learn French 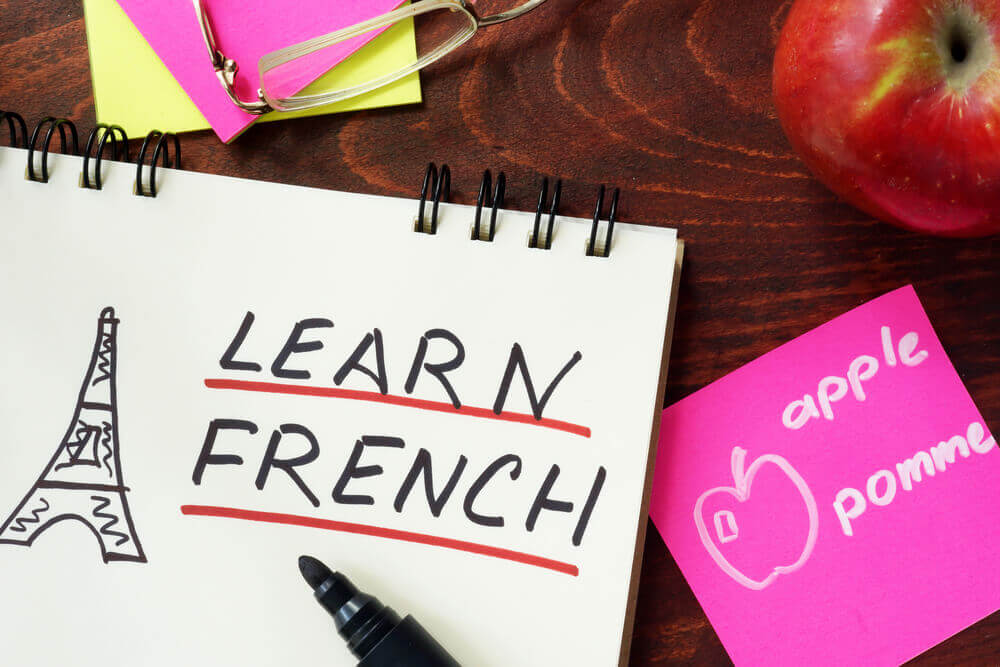 Monday 26 February 2018 I started my 12- week French course at Alpha.b in Nice. The school is in an old building near the central shopping street, so a handy location, a pleasant environment to be in and easy to get to. 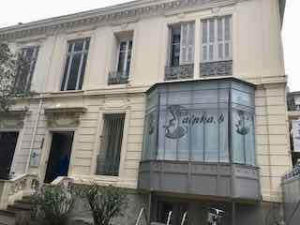 The school is great. Everyone is friendly and helpful. The whole culture is of a family working together to help us students learn as much as we can. So, that all worked out well.

The 9am Lifestyle of School. Oh no!

I was a little daunted at the prospect of being there at 9 am five days a week, as I am not really an early riser who wakes regularly at 7am every weekday. I tend to work late at nights instead. At the same time, I could see it would be good discipline for me.

School was only for 3.5 hours each morning, so I have the afternoons off to do my own thing. You know, like search for all those new services I needed, write blogs and get my website to do more than just be a blog site. I am preparing coaching packages and delivering valuable content for my future clients looking to ‘Live their Vision.’

I can tell you, the website development, even for just the blog site, was a much bigger job than I thought it would be. I am pleased with the result of all the hours Corinne and I have put into it. I am so happy to have had her to work with and I recommend her highly for online and digital strategy and implementation. (http://meiermarketingglobal.com ). So I was plenty busy enough, especially in the first 3 weeks.

I would love your feedback to know what you think of it and how you are enjoying the blogs. Do comment below.

Getting placed into the RIGHT French course level

For classes, I got put into the lowest ranking class A1 – shows how much French I had, i.e. only enough to get by in shops and restaurants. That’s not really surprising though, as I don’t think I had had more than 20 hours of actual French lessons before in my life. Of course, I had visited France many times and each time I had tried to pick up some words. I knew a few words and phrases, but not how it all fitted together.

The A1 level is really cool because they don’t actually have many students at the lower levels so we only had 2 students in the first week – myself and an Indian guy. It was almost like having a private class. Add to that, our teacher, Priscilla, is fabulous. She is so much fun and makes the learning very enjoyable. 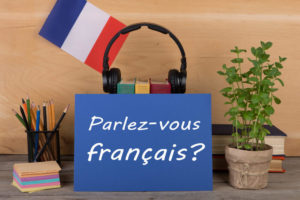 Our classes are more like conversations – taking us wherever the discussion goes, learning the related words and phrases along the way.

Sure, there is a workbook, but we don’t exactly follow it. We use it as we need to and as we learn each section. Everything is in French. We are not allowed to speak English, although sometimes I just have to as I don’t know enough French words yet.

French is certainly not a breeze to learn.

It is not all smooth sailing for me. It is hard work to learn a new language with so many complexities, especially when you are “mature” and it is your first ever second language.

Firstly, there are so many more vowel sounds …

They are so different to the way we pronounce anything in English so a totally new sound to make. They require significant tongue gymnastics. Some are only slightly different to the next vowel sound, but so important to get exactly correct as the other similar sound usually means a totally different word.

My tongue has been exercising in ways it has never done before and it is a whole mouth movement to get the sound right – a smile or an open O or a dropped lip, etc, etc. My oh my it’s a challenge to get it right at first. It sure does take practice.

My biggest challenge still is the way they pronounce the “r” sound as a big rolling guttural RRRRRRR from deep in the throat. I tell you, that is not easy for an English speaker, but I am getting there.

Then there’s the grammar… 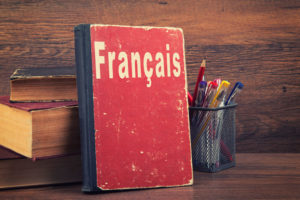 The masculine and feminine gender of words for a start. I mean really, how do these words get a gender – like a table for instance. That is feminine so it is “la table” rather than “le table”, which it would be if it was masculine. I mean, that may not sound so hard, but you have to work it out or remember it for every noun.

Let’s not forget the pronouns…

(je- I, tu – you, il/elle – he/she, on – we, nous – we formal, vous – you formal, ils/ells – they masculine and feminine) and the fact that every verb has a different ending for each pronoun. But of course, you don’t actually pronounce the ending of the words – in fact, you don’t pronounce a lot of things in French – so half of them sound the same anyway.

And there are so many different conjunctions and verbs that are used differently depending on the gender and, not to forget, the tense (past, present or future) that changes the words you use. Then they drop half of the words or letters and you get a phrase like “il y a” which means “there is”. I mean, really.

So are you getting the idea? It’s very complicated.

And every week the class expands with new students.

In my second week, we had 5 students in the class. Each Monday new students come to the school, get tested and put into the appropriate class level. Then at the end of the week, some students also leave because it is flexible how long any student stays. Two of the students were really the level above us but there was no class for them that week, so they joined ours. Oh man, did that put the pressure on to try and understand what they were saying and what Priscilla was saying to them that they understood? That almost did my head in. I was so exhausted by the end of the week from concentrating so hard – even though we still had fun with Priscilla.

Last week (week 3) I coped a bit better and am understanding a tad more.

I’m still struggling to put whole sentences together though and I am such a perfectionist who wants to be good at everything. This is really pushing me to surrender and relax.

The week was mostly about food, which is probably why I coped better … as I happen to know quite a lot of food in French. I have read many French recipe books and made it a point to know what food was called. Lucky for me! Lol.

One less thing to learn and it definitely helps when a large part of my choice of living in France is for the food. As you may or may not know “The French do not eat to live. They live to eat.” They LOVE food and so do I! We even cooked crepes in class last week and made a lesson out of that too. 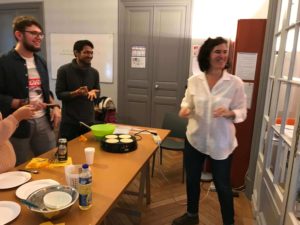 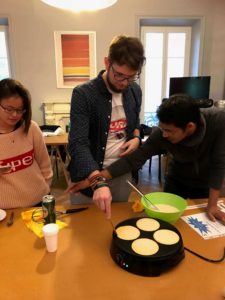 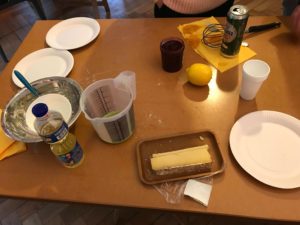 Priscilla said anything to do with food, ask me, he he. It was a really fun way to learn and we did it all from scratch with French instructions. And they tasted good too.

Next week, I think we are back to 2 students again – just myself and a Taiwanese girl who is pretty much the same standard as me, but who knows. The Indian guy has left for a work contract. Maybe others will join, but it’s pretty good anyway, except Priscilla is en vacance so we will have another teacher for the week.

Anyhow, 3 weeks down and 9 to go. I will get there, wherever there is.